IT SEEMS LIKE ONLY yesterday, people were tweeting, “Almost ber months na naman!” Now, it’s already mid-September. That was really fast. The only thing faster was the whirlwind romance between Roman Romulo and Shalani Soledad!

Pasig City Representative Roman Romulo said, “Some may say it is too soon, but I think we’re both old enough to know want we want in life.” Take that Mr President!

Shalani Soledad and Roman Romulo are getting hitched. Shalani decided to marry Roman because the congressman loves her and he loves her God too.

When told of the upcoming wedding of his ex-girlfriend, Shalani Soledad, President Aquino reportedly said he’s not aware  of the engagement. Among other things. 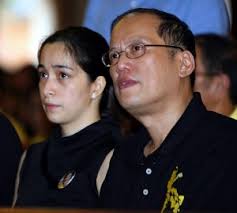 But according to presidential spokesperson Edwin Lacierda, when President Aquino was told of the engagement, he just smiled. Grace under pressure.

From a bachelor president to a bachelor congressman both from famous political families. Asked about the difference between President Aquino and Congressman Romulo, Shalani Soledad replied, “Seven years.”

Shalani Soledad, an ex-girlfriend of President Aquino is marrying another politician. To which Korina Sanchez and Bernadette Sembrano said, “Welcome to the club!”

Congressman Roman Romulo and Councilor Shalani Soledad are engaged. Just last week, Willie Revillame was celebrating his legal victory against ABS-CBN. And now this. You can’t really win ‘em all.

IN OTHER NEWS…
The latest Pulse Asia survey conducted from August 20 to September 2, 2011 showed President Aquino got a high approval rating of 77 percent. The study has a margin of error of plus or minus lovelife jokes.

Employment
According to the National Statistics Office, Cagayan Valley has the highest employment rate in the country. In second place is the Liberal Party.

Tagalog Twitter
Microblogging site Twitter is now available in Tagalog. You are advised to use this version if you’re not learned. Am I right James Soriano? 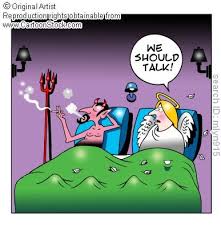 Smokin’ Lovers
A recent study revealed that smokers do not make better lovers. To which Shalani Soledad said, “Tell me something I didn’t know.”

Quotes of the Week
“He doesn’t bring women to the house unless he is serious. The last time he introduced somebody to us was four years ago, Lisa Gokongwei.”
~ Agriculture Undersecretary Berna Romulo-Puyat on the engagement of her brother, Cong. Roman Romulo and Shalani Soledad

Yahoo News: UP Junior Fighting Maroons… The Streak is Over

Personal
The UP Pep Squad shoots for back-to-back titles in the UAAP Cheerdance Competition on Saturday. Good luck guys! See you all there! Expect tough competition from FEU and UST.