TYPHOON MINA has slowly moved out of the country. I am not sure if there’s another storm coming but I heard Customs Commission Angelito Alvarez has started packing.

As it heads toward China, typhoon Mina has been downgraded to a tropical storm. And Standard & Poor’s executives were like, “Don’t look at us!”

Metro Manila wasn’t spared from the wrath of Typhoon Mina. For the record though, it was the third disaster to happen in the metro in recent weeks… next only to “The Adventures of Pureza: Queen of the Riles” and “Tween Academy: Class of 2012.”

Fired!
President Aquino confirmed that Customs Commissioner Angelito Alvarez is on his way out. According to the President he is not satisfied with the Customs chief’s performance. To which Alvarez allegedly said, “The feeling is mutual.”

The President has fired Customs Commissioner Angelito Alvarez. Of course, Alvarez would have retained his post if he knew how to fire a gun.

Off to China
For the first time since he assumed office, President Aquino is visiting the People’s Republic of China. As a precautionary measure, he was advised to avoid riding a bus in the Communist country.

Reports say trade tops President Aquino’s agenda on his trip to China. Presidential spokesperson Edwin Lacierda will be part of the President’s entourage mainly because he’s good at trading… barbs.

President Aquino’s trip to China is his first. Or second, if you’d count his visit to Divisoria.

Alabang Boys
The drug case against two of the three so-called Alabang Boys has been dismissed. As the verdict allowing them to walk free, was being read, Richard Brodett and Jorge Joseph, son of radio host Johnny Midnight were in sheer ecstasy.

Overseas…
Faced with a declining approval rating, Japanese Prime Minister Naoto Kan has stepped down. Jobless, Kan has accepted several invitations to visit the Philippines and teach Filipino politicians the concept of ‘delicadeza.’

Nabbed
The sex maniac targeting dentists was arrested over the weekend. Relatives of the victims vow revenge. You know, a tooth for a tooth.

Species
According to a new estimate described by scientists as the most accurate ever, planet Earth is home to 8.7 million species. But more are expected to emerge…  with the help of people like Vicki Belo, Drs. Manny & Pie Calayan, and Ellen Lising. 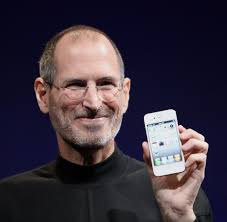 Quote of Week
“I cannot satisfy everybody. I did my best. If my best wasn’t enough, then I can’t do anything about that.”
~Outgoing Customs Commissioner Angelito Alvarez

Quote of the Weak
“I may be disconnected from my being Filipino, but with a tongue of privilege I will always have my connections.”
~Ateneo student James Soriano on Filipino, and English, his “mother tongue”

August 30, 1885: 13,000 meteors were seen in one hour near Andromeda. The astronomer who witnessed the event was subsequently named “Best in Counting.”

August 30, 1682: William Penn left England to sail to New World. Had he not sailed, the US would have a state called “Sylvania.”