DID YOU MONITOR the Senate Blue Ribbon Committee’s hearing on the PCSO fund mess Wednesday? The hearing was attended by several bishops plus, of course, their savior, the senators.

At least eight bishops and a dozen senators converged Wednesday in the Senate. It was a face-off between pretentious, holier-than-thou, self-proclaimed devout Catholics, and bishops.

PCSO chair Margie Juico apologized for saying that the bishops received “Pajeros.” Sen. Jinggoy Estrada lectured Juico, and said “As a devout Catholic, it pains me to hear that our bishops are involved in anomalies here in our country.” To which, the bishops replied, “The feeling is mutual.”

Butuan Bishop Juan De Dios Pueblos admitted that he made a “lapse in judgment” when he asked for “a brand new car.” And in a move that shocked both the bishops and senators, Virgilio Garcillano issued a statement saying he never gave Pueblos a car.

Reading from a prepared opening statement, controversial Butuan Bishop Juan De Dios Pueblos admitted that he made a “lapse in judgement” in asking for “a brand new car” from former president Gloria Macapagal-Arroyo. As soon as he was done reading, the other bishops held hands and started singing, “If We Hold on Together.”

Actress Susan Roces who was watching Bishop Pueblos on TV was like, “Ang sinungaling ay kapatid ng magnanakaw! You wrote that letter not once, but twice!” 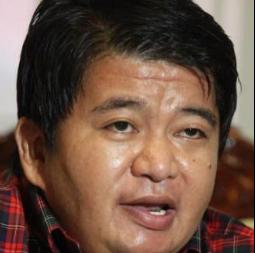 Zaldy
Former governor Zaldy Ampatuan revealed that ex-president Gloria Macapagal-Arroyo was involved in the election fraud in Maguindanao in 2007. Likewise, he  revealed that Jose Rizal was killed by the Spanish; the Earth revolves around the sun, and John Lennon was shot by Mark David Chapman.

Zaldy Ampatuan has initiated court proceedings to change his last name. He is seeking a little compassion and empathy from the public. Hopefully, the judge would grant his petition to use the surname Mangudadatu. 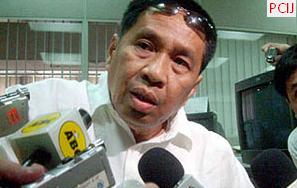 With his revelations against the Arroyos and other officials of the previous administration, Lintang Bedol has expressed fear for his life. He now considers changing his name. 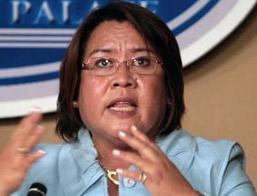 De Lima’s Lovelife
Interviewed on ANC’s Strictly Politics, Justice Secretary Leila De Lima, whose marriage was annulled in 2001, admitted that she has a boyfriend. The 51-year-old single mom refuses to identify the guy nor his background but reveals she has six (new) witnesses to prove her claim. 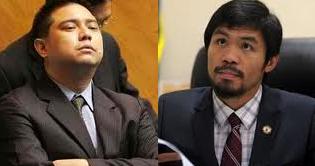 Absent!
Among congressmen with the most number of absences in sessions, Sarangani Rep. Manny Pacquiao placed fourth. In other words, he’s not present when solons deliberate on important issues. How are they able to tell?

Quote of the Week
“Manny’s a good friend, I actually love him. I love his tenacity, I love his competitiveness. So, Manny’s my guy.”
~NBA superstar Kobe Bryant on Manny Pacquiao 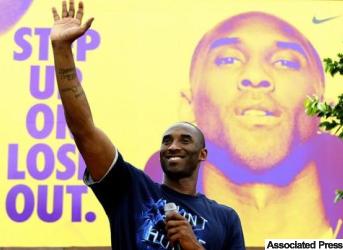 Kobe! Kobe! Kobe!
It was an awesome experience – as always. Kobe’s fourth visit to Manila was the most attended. Araneta Coliseum was filled to the rafters. Laker and non-Laker fans trooped to the Big Dome Wednesday to see the Black Mamba.

Thank you again TJ Manotoc for the tickets. I was seated beside two Azkals, Jason Sabio and Simon Greatwich, whom I wrongly identified in my tweet as Rob Gier. Apologies.

Thank you Kobe for the visit. Lakers4ever.

Personal
I have a Twitter follower whose father, Mr. Lory Ordenes is a regular reader of this blog. Magandang araw po sa mga taga-Sablayan, Occidental Mindoro and thanks for reading sir!