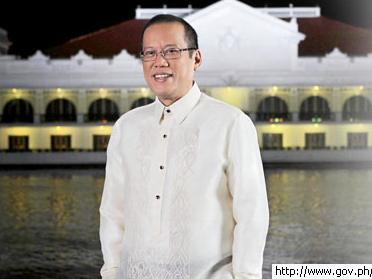 IT’S BEEN A YEAR since voters decided to elect the candidate who would bring change.
A leader who is strong.
A leader who will defend the poor and the oppressed.
A leader who’s unafraid. A leader who’s got balls.
Yes, it’s been a year. So happy 1st year in office…
Sara Duterte!

For refusing to delay for two more hours the demolition of shanties in Agdao district, court sheriff Abe Andres was punched on the face by Mayor Sara Duterte. The sheriff sustained a cut, a black eye, and a bruised ego.

Court sheriff Abe Andres who was serving a demolition order inside a contested property in Davao’s Agdao district was punched at least three times on his face by Davao City Mayor Sara Duterte. Hell hath no fury like a Duterte scorned.

Last Thursday, June 30, Sunstar Davao quoted Mayor Sara Duterte as saying that chess and martial arts would be the “focus sports” of Davao City. Not anymore.

In Other News…
To mark his first year in office Thursday, June 30, President Aquino delivered his Ulat sa Bayan, otherwise known as ‘nothing that we didn’t read in the newspapers.’

Did you see the crowd at Philsports Arena? For a moment, I thought it was a prayer rally especially during that part in which President Aquino started talking about the devil that was the Arroyo government.

Marking the first anniversary of his administration, President Aquino delivered a well-applauded speech. Probably one of his best election campaign pitches ever.

In his Ulat sa Bayan, the President revealed anomalies in the PNCC, PCSO, and the NFA. The most surprising thing about that speech? There was no mention of his lovelife. (How could you!?)

CONGRATULATIONS President Aquino! You have successfully completed Level 1 of your presidency. Five more levels to go and you’re done. Good luck!
——————————————————————
“A leader is one who knows the way, goes the way, and shows the way.”
~John Maxwell