Today is May 10, 2011. Exactly a year ago, the Philippines held its first ever automated elections. Everything has been on the upswing after that: the level of optimism, the flagdown rate for taxicabs, the fare for jeeps, the cost of fuel, the prices of basic commodities, and President Aquino’s net worth.

Anniversary
Today is the anniversary of the historic first-ever automated elections in the Philippines… or as Manny Villar, Mar Roxas, Loren Legarda, and Joseph Estrada would probably say, “babang-luksa.”

Today marks the first anniversary of the May 10, 2010 automated elections. It’s been a year… and Mar Roxas has yet to concede.

Remember the May 10, 2010 elections? It happened exactly a year ago. Remember the candidate you voted for president who promised he’d make your life easier? Me neither.

Mar’s Return
Reports say defeated vice presidential candidate Mar Roxas will be appointed to a Cabinet position similar to a presidential chief of staff… or as members of the Balay Group would say but couldn’t, “Executive Secretary-in-waiting.”

Presidential spokesman Edwin Lacierda admits he doesn’t know yet the exact job description of Mar Roxas. Among other things.

Apparently, Malacañang will be creating a new post to accommodate former Senator Mar Roxas… one year after he applied for the vacant post of vice president, and the electorate said, “We’ll just call you.”

No. 5: Presidential Adviser on Heart-Related Matters

No. 4: Executive Secretary II: Weekends Only

No. 2: Vice President for Balay Concerns

And the No. 1 rejected job description of ex-Senator Mar Roxas…

LRT/MRT Fare
The government deferred the proposed increase in train fares. Transportation Secretary Jose de Jesus said the timing was not good for a fare hike. Prices of basic commodities are rising and the President’s approval rating is plummeting. 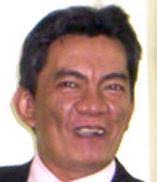 Abu Members Caught
Two members of the Abu Sayyaf terror group have been arrested in Metro Manila. And President Aquino was like, “When is the SWS’ next survey?

One of the arrested members of the Abu Sayyaf Group was actually working as a security guard for the posh, multimillion-peso Pacific Tower Plaza… located at Abbottabad, Taguig City.

Another wanted member of the Abu Sayyaf Group was caught while on a date at Robinson’s Place in Ermita, Manila. The suspect’s date was his girlfriend No. 8.

Enjoy the rest of the week! Still, Lakers.