I WAS LIVE TWEETING during the Pacquiao-Mosley fight. Sharing you some of my tweets here:

If Sugar Shane Mosley were poverty, the Philippines would be a First World country by now!

All three judges scored the fight for Manny Pacquiao. It was a unanimous boredom.

You knew the bout would be lackluster… when Manny Pacquiao declared three days ago that he wanted to fight poverty instead.

Sugar Shane Mosley and Manny Pacquiao had only nice words for each other after the fight. Mosley said Pacquiao was “fearless.” Pacquiao said Mosley was “friendly.”

To give you an idea of how lame Sugar Shane Mosley was, Manny Pacquiao‘s wife Jinkee was a hot trending topic on Twitter worldwide, Mosley was not.

By Round 5 the MGM Grand Garden Arena spectators started booing. The fight was mosley Manny.

By Round 6, it was all over… but the concert.

Manny Pacquiao won via unanimous decision against American Sugar Shane Mosley. And his critics ask: If he failed in knocking out Mosley, how do we expect him to knock out poverty?

During the 12-round bout, it wasn’t Sugar Shane Mosley who posed a threat to Manny. It was that careless referee.

After Pacquiao’s win over Sugar Shane Mosley, people started to ask, “Who will be next for Manny?” Well, that’s easy. Who’s aging? 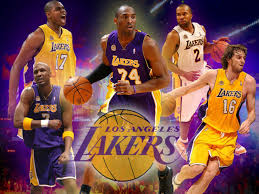 In Memoriam
BREAKING NEWS: At 6AM today, May 9 (Manila time), the 2010-2011 season of the L.A. Lakers expired. The coaching staff tried to revive it to no avail. The team succumbed to complications associated with old age and “trust issues.” The bereaved family of owner Dr. Jerry Buss would like to thank the Lakers community for their unwavering support. In lieu of brooms, ridicule, and mockery, the team is asking for prayers.