Radiation Text Hoax
Because of a nuclear radiation text rumor, the president of the Polytechnic University of the Philippines (PUP) ordered the suspension of classes Tuesday, March 15. The PUP president was identified as Tomoyuki Nagoyo.

Amid the radiation text scare last Tuesday, classes in PUP were suspended. For those who are not familiar with PUP, it’s a state university located at Sta. Mesa Prefecture. 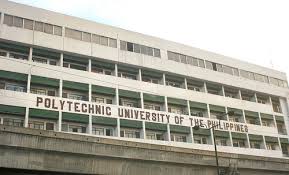 The Department of Justice has ordered the NBI to hunt down the source of the radiation text hoax. Seriously though, how can the NBI locate anonymous faceless texters when they couldn’t even locate Senator Panfilo Lacson? [Tigilan n’yo nga kami!]

The DOJ has ordered the NBI to investigate the source of the radiation text hoax. First stop: the manufacturers of Betadine.

Jobs
According to the National Statistics Office, more Filipinos became jobless in January. To which, Mar Roxas said, “Not me!”

Taiwan has announced the lifting of restrictions it imposed on OFWs. To which, Mar Roxas said, “That’s me!”

After a second meeting with former senator Mar Roxas, Taiwanese officials announced the lifting of restrictions on Filipinos applying for work visas. Taiwan has also recognized the Philippines’ two-VP policy. 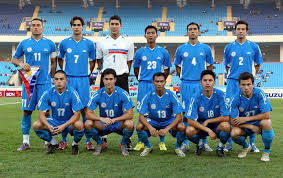 Last Tuesday, the Philippine football team lost to Mongolia. It was a tight match though – between the Azkals and the Eskimos.

Bank Holiday
Amid heavy withdrawals, Banco Filipino (owned by the Aguirre family) has declared a bank holiday. It has also changed its name to Blanco Filipino.

1521: Portuguese explorer Ferdinand Magellan reaches the Philippines sailing from the Atlantic Ocean into the Pacific Ocean. During his voyage, he and his men overcome pirates, hunger, and “radioactive rain” caused by a leak at Fukushima nuclear power plant.

1521: Portuguese navigator Ferdinand Magellan arrives in the Philippines… disappointing female natives who were hoping to see Cristiano Ronaldo instead.

1521: Portuguese navigator Ferdinand Magellan reaches the island of Homonhon in the Philippines… where he was met by Phil Keoghan who gave him a clue, and said, “You’re still racing. This leg is not yet over.”

1945: In World War II, Iwo Jima is declared secure by the Allies… allowing Clint Eastwood to begin filming his next project.

Newsbreak: How wealthy is Merci

Have a productive Thursday! Ingat!