Ilocos Sur Gov. Luis “Chavit” Singson told the press that his son Ronald was “a victim” of drug abuse. Sought for comment, ‘Drug Abuse’ denied Singson’s allegation and threatened to sue the governor for libel.

Congressman Ronald Singson has been convicted, sentenced and imprisoned. Everybody believes he’s guilty… except for his colleagues at the House of Representatives.

Actress Lovi Poe was in tears after the sentencing. For the next 18 months, she’ll definitely miss the man, the lover, and the free concert tickets. 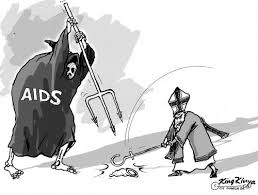 The Sangguniang Barangay of Ayala Alabang in Muntinlupa City has passed an ordinance that includes a provision requiring doctor’s prescription (reseta) before someone could buy contraceptives like condoms… totally alarming village priests who are not used to doing it without rubber.

Barangay Ayala Alabang spokesperson Atty. Luis Sison says residents who will buy condoms from stores in other villages or cities will not be allowed to give them away or sell them in their barangay. First time offenders will face excommunication. Repeat offenders shall either be guillotined or burnt at the stake.

This just in! Pope Benedict XVI has just declared Barangay Ayala Alabang as the Little Vatican of Asia.

And the No. 1 scenario when you buy a condom from a store located at Brgy. Ayala Alabang…

Nicotine Addict
The Philippine Medical Association says a person like President Aquino who is “addicted to an abused substance whether it is tobacco or illegal drugs needs professional help and is in a state of constant denial.” President Aquino said, “That’s not true.”

AFP Corruption Hearing
Mrs. Erlinda Ligot, wife of Lt. Col. Jacinto Ligot was a no-show during Thursday’s Senate hearing. Asked about the whereabouts of his wife, the former military comptroller said he totally forgot where he left her.

Overseas…
Libyan President Moammar Gadhafi delivered a televised address Tuesday. The 69-year-old dictator spoke about the state of his Arab nation and vowed to stay in power despite calls for his resignation. At one point during the speech, he presented three poor Libyan boys who wrote their dreams on paper folded into boats and launched these into the Mediterranean Sea.

In a televised address Tuesday, Libyan dictator Moammar Gadhafi said he would never step down as president. He then enumerated his administration’s long-term goals toward achieving a Strong Republic.
——————————————
“Those who in principle oppose birth control are either incapable of arithmetic or else in favor of war, pestilence, and famine as permanent features of human life.”
~Bertrand Russell

I am also active on Twitter. I tweet even when I am asleep. So I suggest you follow me there. Suggestion lang naman. Kung ayaw mo, ok.thx.bye!

Have a safe and fun-filled weekend!