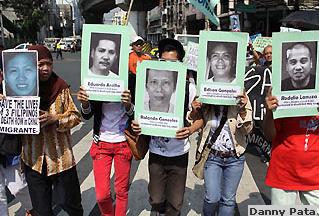 Postponed
China has delayed the execution of three Filipinos found guilty of drug smuggling. That was the good news that reverberated last Friday from Beijing to Manila – and to the Spratly Islands.

Vice President Jejomar Binay said China’s decision to delay the execution of three Filipinos was historic since Beijing has never postponed executions in the past. In fact, not even Great Britain was able to stop the execution of a British national in 2009 for drug smuggling. But then again, Britain does not lay claim to the Spratlys.

Some political observers say the stay of execution for three Filipinos could be related to the Spratly dispute. Manila goes “quiet” on its claim on the islands, Beijing delays the execution. Squid pro quo.

Three Filipinos were to be executed in China and Jejomar Binay was sent to Beijing. Fourteen Taiwanese were deported to mainland China by the Philippines; Taiwan got mad and Mar Roxas was sent to Taipei. Rumors say the original choice for the Beijing trip was Roxas but Chinese officials opted to meet Binay citing its “one VP policy.”

Losing vice presidential candidate Mar Roxas was sent to Taiwan to “seek understanding.” Unconfirmed reports say while Taiwanese officials graciously welcomed Roxas, they refused to accept his explanation saying the one year ban on defeated candidates was still in effect.

This just in (11:30PM Tuesday):
Reports say Taiwan is still unhappy despite Mar Roxas’ visit. Or as Conrado De Quiros and the Samar Group would call it, “failed mission.”

RH Bill
The Catholic Bishops’ Conference of the Philippines has reportedly pulled out of the Reproductive Health bill dialogue with the government. But President Aquino is not giving up on the CBCP yet. To appease the bishops, he is sending Vice President Binay to talk to them.

The CBCP has pulled out of the RH Bill talks with the government. Malacañang is accusing the bishops of practicing ‘withdrawal method.’ 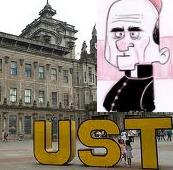 Receiving an instruction from their professor, UST students flooded Akbayan’s Facebook page with anti-RH Bill remarks complete with their full names, courses, and school. That’s not surprising though. It’s really hard to change the mindset of a 400-year-old.

And then there were 3!
TV5 has unveiled its own news channel while GMA Network is set to launch GMA News TV on February 28. Senators and congressmen can’t wait to conduct more inquiries and investigations in aid of legislation. 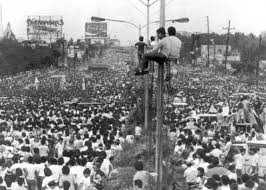 Edsa Anniversary
The country is celebrating the 25th anniversary of Edsa People Power on Friday. Some 5,000 policemen will be deployed to provide security. And that’s for the President’s Porsche alone.

According to the EDSA People Power Commission, everything is set for the country’s celebration of the 25th anniversary of the 1986 Edsa People Power Revolution. Several activities have been lined up for Friday’s momentous occasion. The expected highlight of the event is the launching of the government’s own news channel.

Smokin’ President
Palace spokesman Attorney Edwin Lacierda says President Aquino has cut down on smoking. In fact, the President now consumes only half… of each cigarette stick that he lights up. 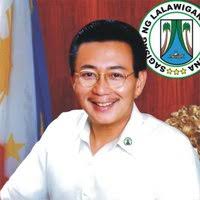 ER Ejercito will star in the Emilio Aguinaldo biopic. The Laguna governor is flattered. It will be the first movie in which he won’t play a crazed junkie.

Donaire Wins
Nonito Donaire Jr. has won the WBC/WBO bantamweight titles by knocking out Fernando Montiel of Mexico last Sunday. Donaire has practically won every single fight he had in the past 12 months… except for that one against his parents.

Korina and Mar
Interviewed by the Philippine Daily Inquirer, Korina Sanchez categorically denied rumors she and Mar Roxas have called it quits telling an entertainment columnist, “My relationship with Mar has become deeper, more nourishing and happier.” In the interest of fairness, the Philippine Daily Inquirer will try to get the side of Roxas as soon as possible.
——————————-
“I must acknowledge, once and for all, that the purpose of diplomacy is to prolong a crisis.”
~Star Trek, Mr. Spock

In the version I caught last night, Mommy Dionisia’s “may toyo” line was noticeably edited out. Derogatory much?