US President Barack Obama and Filipino lawmaker Manny Pacquiao met for the first time at the White House. Apparently awed by each other’s presence, Pacquiao’s first words were, “As an African-American, do you also like boxing?” And then Obama said, “As a Filipino leader, do you also like hotdogs?”

Accompanied by his wife Jinkee, Sarangani Rep. Manny Pacquiao met with US President Barack Obama at the White House. The two leaders exchanged gifts during lunch. Obama gave Pacman a watch with the presidential logo on it. Pacquiao gave Obama a pair of boxing trunks with his sponsors’ logos on it. 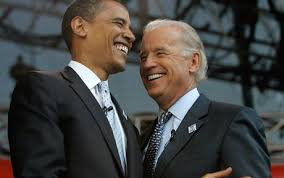 Manny Pacquiao also met with Senator Harry Reid. Just so you know, Pacman endorsed Reid during the US midterm elections last year. So far, Reid is the only candidate, Filipino or American, that won after being endorsed by Pacman.

The People’s Champ and 8-division world champion Manny Pacquiao invited US President Barack Obama to watch his next fight against Sugar Shane Mosley… to which Obama said in Filipino, “Sino ‘yon?”

People Power Anniversary
Former presidents Fidel V. Ramos and Gloria Macapagal-Arroyo as well as Senate President Juan Ponce Enrile will be invited to participate in the activities commemorating the 25th anniversary of the 1986 People Power Revolution. Even former president Joseph Estrada will be asked to join the celebration. It seems that Malacañang has invited everyone who was present during President Aquino’s inauguration last year… except for Juana Change.

Trillanes Fires Back
Sen. Antonio Trillanes IV said the Philippine Daily Inquirer got it all wrong when the paper quoted him as saying that former Defense Secretary Angelo Reyes was “not the powerful man” behind former military comptroller Carlos F. Garcia. I’m not sure if that will be Trillanes’ final statement on the issue so I’ll reserve my punchline for next week. Mabuti na’ng sigurado.

Famous Solon
Rumors say Dinagat Rep. Ruben Ecleo Jr., who was recently convicted of graft, wants to star in his own movie. Ecleo is confident his film will make a killing at the tills because of his cult following.

Cong. Ruben Ecleo Jr. failed to get a TRO on the arrest warrant issued by the Sandiganbayan in connection with his graft conviction. Ecleo’s not losing hope though. He’ll seek the help of his god by offering a goat, two cows, and three cult members.

Shooting Phil
Phil Younghusband of the Philippine football team reveals he is into target shooting… to which President Noynoy Aquino said, “You want to work in my government?”

Enrile, Valentine’s Day, etc.
Senator Enrile turned a year older on February 14. Wanna know how old is he now? Here’s a clue: when he was born, there was no Valentine’s Day yet.

Session at the Senate was briefly interrupted when Senator Enrile opened the gifts from his fellow senators. He thanked all of his colleagues for their birthday presents… except for an unidentified lawmaker who gave him a Fossil watch.

Senator Enrile got the surprise of his life when ABS-CBN President Charo Santos phoned him on his 87th birthday. The Kapamilya executive offered Enrile a cameo in the fantasy series, ‘Imortal.’

Turning 35 and 87 on Valentine’s Day, respectively were TV host Marc Nelson and Senate President Juan Ponce Enrile… or as Sen. Loren Legarda would describe them, “A very active guy who is boyfriend material, and Marc Nelson.”

Not everyone was happy on the day of hearts. Rumors have it Sen. Antonio Trillanes IV got pissed when he opened his wife’s Valentine’s Day gift – flip-flops!

Photo of the Weak