THE PHILIPPINE FOOTBALL TEAM defeated Mongolia, 2-0 in the first leg of their 2012 Asian Football Confederation Challenge Cup pre-qualifying match in Bacolod City. It was all Azkals from start to finish. German coach Hans Michael Weiss described it as “a good game.” Goalkeeper Neil Etheridge described it as “my rest day.”

The national football team paid a courtesy call on President Aquino Thursday. The meeting was fun and informative. The President advised the young Azkals on how to enhance team unity. And the Azkals advised the President on how to ‘achieve’ goals.

The Azkals paid a courtesy call on President Aquino Thursday. When the energetic Azkals arrived, the President cheered, the PSG applauded, and the President’s speechwriter Mai Mislang fainted.

The Philippine football team paid a courtesy call on President Aquino. Upon entering the palace, the youthful Azkals felt so Filipino… while the President felt like a lolo.

The Azkals’ goalkeeper, Fil-Brit Neil Etheridge and President Aquino had a chance to talk Thursday in Malacañang. It was a brief conversation between a single and popular boylet, and Neil Etheridge. #walangkokontra

Now Welcome
Mrs. Teresita Reyes, wife of former AFP Chief of Staff Angelo Reyes says critics of her husband including the acerbic Sen. Antonio Trillanes IV are now welcome to his wake. By the way, Trillanes, according to rumors, has also softened his stance on Reyes. He’s now willing to hear him talk. 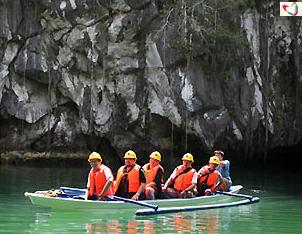 Underground River
President Aquino is encouraging Filipinos to support the campaign to make the underground river in Palawan one of the world’s New Seven Wonders of Nature. The President visited Puerto Princesa City Wednesday. Asked why he chose to visit the subterranean river, the President said, “We are close.”

Dominguez Arrested
Authorities have arrested suspected carjack ringleader Roger Dominguez. Of course, Dominguez would still be “out there” if he was a senator.

NBI Inmates Escape
Two inmates have escaped from an NBI detention cell in Manila by covering with a face towel the CCTV camera installed at the back of the facility. Frustrated NBI officers are filing obstruction of justice against the towel.

Hi-Tech Confession
Reports say there’s a new iPhone and iPad application that would help Roman Catholics prepare for a confession. The new app costs $1.99 – one dollar for Apple, 99 cents for the Church. Amen!

Overseas…
In the southeast African nation of Malawi, somebody has proposed an Anti-Farting Bill. And everyone was like, “Sa Malawi na nakatira si Lito Lapid??!!?”

Phil si Angel
Via Twitter, Azkal Phil Younghusband has invited actress Angel Locsin for a Valentine’s Day date. Expect Luis Manzano to admit his romance with Angel this coming Sunday on The Buzz.
————————————-
“All of civility depends on being able to contain the rage of individuals.”
~ Joshua Lederberg