Singson Update
Today, January 26, Ilocos Sur Rep. Ronald Singson will be arraigned in Hong Kong for a drug offense. The embattled congressman is expected to enter a plea of “set up.”

Carjack Suspects
Alleged carjack ringleaders Raymond and Roger Dominguez of Bulacan have faced a total of 28 criminal charges in various courts in Bulacan and Pampanga since 2007. Of those cases, 20 were for repeated car theft… otherwise known as “clueless police syndrome.”

Raymond Dominguez has surrendered to authorities. He hopes to enter into a plea bargain agreement with government prosecutors soon.

Not True
DILG Secretary Jesse Robredo ruled out any destabilization attempt against the government using the recent carjacking incidents. Robredo also dismissed rumors the carjacking of Margarita Fores’ Land Cruiser and the appointment of Atty. Sixto Brillantes to the Comelec were aimed at destabilizing the Liberal Party.

According to Senator Trillanes, ex-Major General Carlos F. Garcia cannot go to the United States because the US government is hostile to him. In fact, the US is more hostile to him than local authorities.

Bombed!
Five persons died while 13 others were injured when a bomb exploded inside a bus along Edsa in Makati City Tuesday. I just hope that the police would conduct a deeper probe, and not pin this one on the Dominguez brothers.

A “bomb” exploded inside a passenger bus along Edsa in Makati City Tuesday. And Claire De La Fuente was like, “Don’t even dare give me that look!”

Briefly Noted: MAXIMO PELIGRO – the driver of the Newman Goldliner bus that was hit by an explosion. 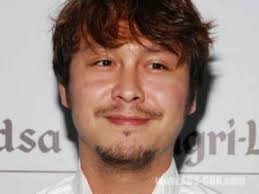 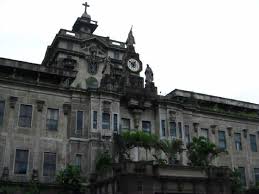 UST turns 400 years old on Jan. 28. If a movie about the school is made for this year’s MMFF, it could win two major awards.

Oscar Snub
The nominees for this year’s Academy Awards will be announced tonight (Manila time). Last week, we’ve learned that the Philippines’ “Noy” wasn’t shortlisted for Best Foreign Language Film. But Filipinos are not losing hope. In fact, we have selected a possible entry for next year’s Best Picture competition no less. Take a look.

And this just in: the nominees in this year’s Oscars. Click here.
———————-
“The trouble with the laws these days is that criminals know their rights better than their wrongs.”
~Author Unknown

Missing, Inaction
Sa gitna ng sunud-sunod na isyung may kinalaman sa kriminalidad, ang tanong ng bayan: where in hell is DILG undersecretary for police matters, and presidential powerpuff boy Rico E. Puno? According to deputy presidential spokesperson Abigail Valte, he is “on official business” (quoting his staff). Another source told me however he’s attending a shooting event in the US. If it’s true, have fun pero balik ka ‘agad. Maraming naghahanap sa ‘yo!

For a regular dose of insanity, follow me here.