Aside from ‘The Social Network,’ another big winner over the weekend is the Noy-Bi/Samar team. Congratulations guys for winning the chairmanship of the Commission on Elections!

Atty. Sixto Brillantes Jr. is the new chairman of the Comelec. The election lawyer’s appointment marked the start of a new beginning for the poll body and the end of Mar Roxas’ presidential re-run.

Election lawyer Sixto Brillantes who is handling at least 25 election cases pending before the Comelec has been appointed chairman of the poll body. If you happen to be Attorney Sixto’s client: “Pa-cheeseburger ka naman! Burger! Burger! Burger!”

Members of the Senate have different reactions to the appointment of lawyer Sixto Brillantes Jr. as Comelec chairman. Senator Juan Ponce Enrile said, “He is a mature lawyer who knows the ethics of his profession.” Sen. Miriam Defensor-Santiago said, “It might be the better part of discretion to decline the nomination.” Sen. Francis Pangilinan said, “He would be hard-pressed to show impartiality.” Sen. Lito Lapid said, “Taaama!”

Weird Weather
Have you been watching the news lately? In Jeddah, Saudi Arabia, streets are submerged in waist-deep flood. In Queensland, Australia communities are still under water. In South Africa, disaster zones have been declared because of heavy rains. In the Philippines, government prosecutors are defending ex-Major General Carlos F. Garcia. Strange weather indeed.

Magsaysay vs. Ocampo
PAL flight attendant Sarah Bonnin Ocampo has formally filed a complaint before the House of Representatives against Alliance of Volunteer Educators party list Rep. Eulogio Magsaysay. In her six-page complaint, the “menopausal bitch” accused Magsaysay of “serious misconduct, grave abuse of authority, solicitation of favor for personal gain using his public office, and conduct unbecoming of a high-ranking public official.” If proven guilty, Magsaysay would likely receive suspension and a year-long supply of mouthwash.

Here’s the latest twist. The Philippine Airlines management has apologized to AVE Rep. Eulogio Magsaysay and blamed Ocampo for what happened. As the Arabian Proverb says, “The enemy of my enemy is my friend.”

The Golden Globe Awards: Inside Stories
There was a tense moment in Malacañang before the announcement of the winner for Best Picture. The Balay Group was rooting for ‘The Social Network’ while the Samar Group was hoping for a ‘Black Swan’ win.

After the awards night, palace spokesman Edwin Lacierda said, “Not true. There are no factions in the Hollywood Foreign Press Association. They can all work together.”

The president of the Hollywood Foreign Press Association arrived in a limo. President Aquino, who was a special guest that night, arrived in a Porsche.

Not true: The cast and crew of “Rosario” attended the Golden Globe Awards hoping that the film would win “Best Float.” #waley! 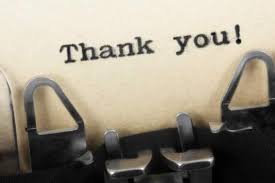 I tried to keep it a secret to no avail. Yup, I turned a year cuter last January 16. To everyone who sent their greetings via SMS, Twitter, Facebook, and this blog, thank you so much! Sa mga pikon, ‘sensya na. Matagal-tagal pa tayong magsasama dahil I’ve never been this healthier and more inspired. Happiness!