New Date?
Reports say President Aquino dated a new girl at Rockwell Center in Makati City very recently. The new date was identified as Len Lopez, a stockbroker – not to be confused with Liz Uy, the heartbreaker.

A tabloid columnist criticized Ballsy Aquino-Cruz for her frequent TV interviews on President Aquino’s love life. Apparently, the tabloid writer was not aware that Ballsy’s the head of the “search” committee.

Wikileaks
I’m sure you’ve heard about Wikileaks. When President Aquino first heard about it, he was like, “Let’s not waste time! Go ask those UP experts to find the leaks.”

Not everyone has read or heard about Wikileaks. For instance, when President Aquino first heard about the controversial leaks, he got so concerned he told his legal team to immediately ask the Supreme Court to issue a writ of kalikasan.

When finally told about the Wikileaks background, President Aquino expressed concern over the release of thousands of documents online. The President has expressed even more concern when his secret Rockwell date became public.

Wikileaks has uploaded thousands of classified documents on its website including some 1,796 diplomatic cables from the US Embassy in Manila. President Aquino has reportedly expressed concern over the leaks. Presidential Communications Secretary Herminio Coloma said if the documents were uploaded on Facebook, it would have been much easier to shut it down.

WikiLeaks is a website that gathers information that are not so supposed to be made public, and yet, they release it online so the whole world could read it. The Philippine Daily Inquirer has a term for that: socialite.

The Lacson Case
Fugitive senator Panfilo Lacson releases a statement saying he’d surrender only if the government drops the case against him. But the government says Lacson is not in a position to make such demands… unless he’s inside a bus with dozens of Hong Kong tourists.

Justice Secretary Leila De Lima has given an NBI elite team an ultimatum to locate fugitive senator Panfilo Lacson. If they fail, De Lima will just seek the help of UP experts to “find” the senator.

At press time, fugitive senator Panfilo Lacson has yet to surface. Who the hell does Lacson think he is, the grand lotto winner? 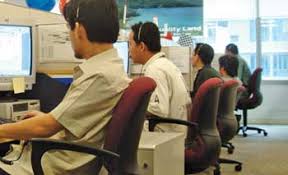 Reports say the Philippines has overtaken India in terms of number of call center employees this year… which automatically makes the Philippines No. 1 in terms of stress-related illnesses.
——————————
“A small leak can sink a great ship.”
~Benjamin Franklin

For a regular dose of insanity, follow me on Twitter. Don’t be afraid. I’m not gonna tweet anything that will compromise your security. Peace! Enjoy your weekend! And thank you for always keeping me company online.