Lone Winner
According to the Philippine Charity Sweepstakes Office, a lone bettor has won the P741-M jackpot in the 6/55 Grand Lotto draw Monday night. The winning bet was placed at a lotto outlet inside the Subic Bay Free Port Zone… fueling speculations that Mike Arroyo has relocated to Olongapo City.

A couple of weeks back, while a lot of people prayed to God to win the lottery, Archbishop Emeritus Oscar Cruz declared on radio and TV, “Ipagdarasal ko sa Panginoon na sana ay walang tumama sa Grand Lotto.” Well, guess who got snubbed.

Rizal & Lottery The PCSO says our national hero, Jose Rizal actually won the loteria (Spanish word for lottery) in 1892 while he was on exile in Dapitan, Zamboanga del Norte. Rizal religiously placed bets on the loteria… despite threats from Spanish friars they would pray hard so he wouldn’t win the jackpot.

According to the PCSO, Jose Rizal won P6,200 in a lotto draw in 1892. News of his win spread like wildfire on Facebook, and Rizal’s name became the top trending topic on Twitter.

And the No. 1 “Dear Lotto Winner’ statement…

This just in! There’s no truth to rumors that the PCSO has released – for the first time in lotto’s history – the photo of the jackpot prize winner. Right click here for the alleged picture of the winner. Again, not true.

Finding Lacson
The Philippine National Police has proposed a P2-million reward for information leading to the arrest of fugitive Senator Panfilo Lacson. To lure informants, a million peso will be added to the total reward money every week.

The PNP wants to put up a P2-million reward for information leading to the arrest of fugitive Senator Panfilo Lacson. However, Lacson’s spiritual adviser Archbishop Emeritus Oscar Cruz is praying that no one gets the reward. 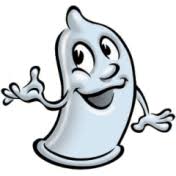 The latest survey showed that 7 of 10 Filipinos support the RH bill. The other three were afraid of excommunication.

In the October 20 to 29 Pulse Asia survey, 69 percent of Filipinos expressed support for the Reproductive Health bill while only 7 percent went against it. Catholic Bishops were enraged when they learned that the remaining 24 percent went for Vetellano Acosta.

Results of the latest Pulse Asia survey showed that 69 percent of Filipinos were in favor of the RH bill while a mere 7 percent went against it. The remaining 24 percent, according to Catholic bishops – were in purgatory. 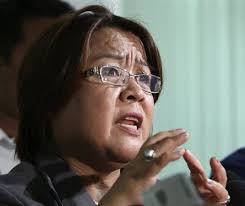 SWS Survey
In the September 24 to 27 survey conducted by the Social Weather Stations, Justice Secretary Leila De Lima got a satisfaction rating of 54 percent. The other 30 percent didn’t give her a rating, while 16 percent were dissatisfied – all of them, APO members.

You know who else feels like a lotto winner these days?
Gerardo Biong, the Parañaque cop convicted in the grisly Vizconde massacre in 1991 was released from prison Tuesday. Before he left his cell, Biong burnt some blankets, bed sheets, clothes, and other pieces of evidence of his incarceration.

ECE Board Exam
At least 15 Electronics and Communications Engineering graduates in the Visayas and Mindanao claimed there had been a leak in the recent board exam in Cebu. The Professional Regulation Commission vowed to investigate the matter even as the Presidential Communications Group denied it was the source of the leak. ———————————
“Money is better than poverty, if only for financial reasons.”
– Woody Allen