Welcome to the Philippines!
Where Tourism officials draw inspiration from the Poles
Mabuhay! 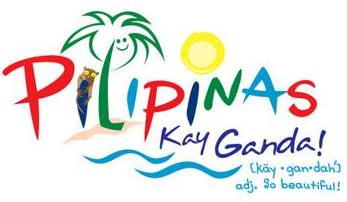 Pilipinas Kay Ganda:
A Postscript
Just five days after its grand launch, the Department of Tourism’s controversial logo, which bears a strong resemblance to Poland’s tourism logo – was ordered scrapped by President Aquino. DOT officials are now doing research on the tourism logos of Peru and Panama.

President Aquino admitted Saturday that the image of a tarsier in the “Pilipinas kay Ganda” logo as well as the smiling face were his idea. He just wanted to add a ‘personal’ touch to the brand.

Advertising agency Campaigns & Grey revealed that the Department of Tourism “directed” them to use the Polska logo “for inspiration.” But they got so inspired they eventually fell in love with it. 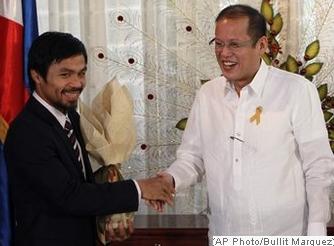 Pacman in Malacañang
Eight-division world champion Manny Pacquiao paid a courtesy call on President Aquino in Malacañang last Saturday. Pacquiao was also welcomed by some cabinet members. It was like the meeting of a welterweight and the lightweights.

Malacañang didn’t bestow any award to Manny Pacquiao last Saturday but President Aquino gave him a bottle of wine. It was no ordinary wine though. It was pre-tasted by Assistant Secretary Mai Mislang.

Manny Pacquiao paid a courtesy call in Malacañang Saturday. After exchanging gifts with the President, Pacquiao and his supporters left the palace… but promised to return – in 2028. 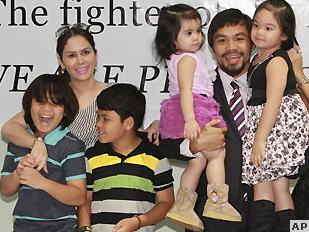 From the Ninoy Aquino International Airport, pound-for-pound king Manny Pacquiao with his family, assistants, and close supporters proceeded to the New World Hotel in Makati City. There were 15 rooms booked for the Pacquiao entourage – 4 rooms for Manny and family, and 11 rooms for Jinkee’s Louis Vuitton and Hermes bags.

Reports say Sen. Juan Ponce Enrile is not sold to the idea of Manny Pacquiao running for president of the Philippines, perhaps in 2022 or 2028. Pacquiao’s supporters were unfazed by the senator’s stance on their idol’s possible presidential bid mainly because they’re sure Enrile would no longer be around when it happens.
—————————
“It is better to fail in originality than to succeed in imitation.”
~Herman Melville

Briefly Noted
Several (if not all) branches of Wendy’s Hamburgers have been consistently violating the Consumer Act of the Philippines. Its price tags are exclusive of the 12% VAT. The law states “it shall be unlawful to offer any consumer product for retail sale to the public without an appropriate price tag, label or marking publicly displayed to indicate the price of each article and said product shall not be sold at a price higher than that stated therein and without discrimination to all buyers.