BREAKING NEWS: Malacañang has denied rumors that President Aquino has abandoned Roman Catholicism for another religion. Likewise, palace sources insist there’s no truth to rumors that the President is forming his own ministry called, “Ang Tuwid na Daan.” 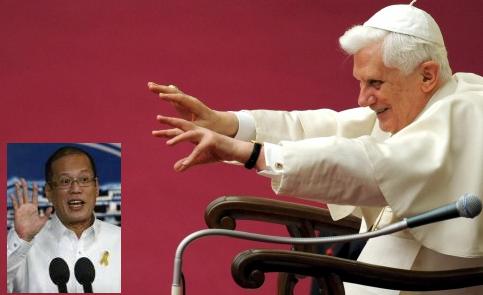 The CBCP’s Threat
Interviewed on Radio Veritas, CBCP president and Tandag, Surigao del Sur Bishop Nereo Odchimar said the Catholic Church might excommunicate President Aquino if the government pushed through with a plan to distribute contraceptives. In the same interview, Bishop Odchimar appealed to Andres Bonifacio and the Katipuneros to surrender to the Spanish government.

The CBCP’s Threat II
Malacañang is reportedly unfazed by CBCP president Nereo Odchimar’s excommunication threat. Palace insiders say President Aquino will neither bow to nor be cowed by the CBCP president… unless he’s Chinese.

Heckling Tour Guide
Social activist/Manila tour guide and Reproductive Health Bill advocate Carlos Celdran was arrested and detained Thursday for disrupting a mass at the Manila Cathedral. Dressed in a Jose Rizal-inspired outfit, Celdran stood in front of the altar, flashed a sign that read, “Damaso,” and shouted, “Stop getting involved in politics” in protest of the Church’ anti-RH Bill stance. Celdran was detained for almost 24 at the Manila Police District Station 5 in Ermita during which he started to write two novels.

Reports say Manila Mayor Alfredo Lim together with some soldiers, and policemen were attending mass at the Manila Cathedral when Carlos Celdran staged a solo protest action Thursday. Interviewed by GMA News, the police said it was Mayor Lim who ordered that Celdran be taken into custody. Lim is expected to deny that.

Manila tour guide Carlos Celdran was detained for disrupting a mass at the Manila Cathedral Thursday. The visibly upset priest decided to cut short the mass… and ordered Basilio and Crispin to usher Celdran out of the cathedral.

The IIRC Report: Reviewed
Malacañang says Executive Sec. Paquito Ochoa and Chief Presidential Legal Counsel Eduardo de Mesa have finished reviewing the IIRC report on the August 23 hostage crisis. Palace spokesman Edwin Lacierda says the results of the review will be posted at http://www.gov.ph. It will be uploaded five hours after it appears on www.gov.cn.

Miriam vs. Chavit
There’s an ongoing war between Senator Miriam Defensor-Santiago and Ilocos Sur Governor Luis “Chavit’ Singson. The rift surprises a number of people mainly because neither Miriam nor Chavit belongs to either the Balay or the Samar Group. 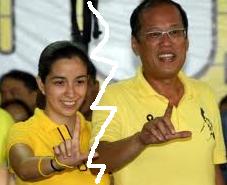 Splitsville?
Persistent rumors say President Aquino and his girlfriend have called it quits. Observers believe the President would have not quit on the girl if her name was “Smoking.”

President Aquino and his girlfriend reportedly broke up. And Enrico Puno was like, “Don’t look at me!”

Rumors say the President and his girlfriend have separated. And Kris Aquino was like, “Win na Win!”

In Entertainment
An amended petition filed by the lawyers of Kris Aquino claims the TV host and James Yap both have “personality disorders” since their youth. And I was like, is that even news?
———————————-
“That’s me in the corner
That’s me in the spotlight
Losing my religion”
~ REM, Losing My Religion