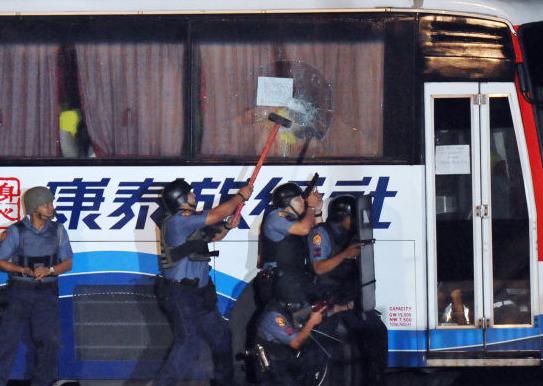 SHOCKED, ANGERED, & DISAPPOINTED by the outcome of yesterday’s hostage crisis in Manila, Hong Kong Chief Executive Donald Tsang complained that he had been unable all Monday to reach Philippine President Noynoy Aquino. Apparently, nobody bothered to inform Tsang that last Monday, the country’s president was Isko Moreno.

Did you monitor the media’s blow-by-blow account of the hostage drama at Quirino Grandstand in Manila last Monday? Of course you did! Kung ‘yung suspek nga napanood, ikaw pa!?!

Reacting to reports that the media’s blow-by-blow coverage may have agitated the suspect, President Aquino said if the government had ordered a news blackout, it would have been accused of censoring the press. So thank you to our media-friendly government, nine people are now dead.

Quezon City Rep. Winston Castelo has asked Congress to investigate the Manila hostage crisis. The public is advised to brace for our lawmakers’ reenactment of yesterday’s events – from Quirino Grandstand to Quirino Grandstanding.

Issuing its top-level black travel alert, Hong Kong advised its residents “to avoid all travel” to the country. In another news dismissed by HK authorities as unrelated, a Hong Kong court was ordered to re-measure the weight of the cocaine confiscated from Filipino lawmaker Ronald Singson.

Former senior police inspector Rolando Mendoza hijacked a tourist bus in a desperate attempt to get his job back. The incident has prompted authorities to place under surveillance a certain Willie Revillame.

This just in!
A recent report says the most dangerous place in the world nowadays is Somalia. In close second is “inside or anywhere near a bus in the Philippines.”

CONGRATULATIONS to Maria Venus Raj of the Philippines for placing fifth among 83 candidates in the 2010 Miss Universe beauty pageant. It’s such a major, major achievement!

When pageant judge William Baldwin asked, “What is one big mistake that you did in your life, and what did you do to make it right,” Ma. Venus Raj said that “there’s no major, major problem” she has “done” in her life. She just did. 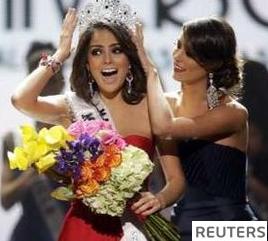 The candidate from Mexico won the Miss Universe title besting our very own, Maria Venus Raj. It was Mexico’s first major, major victory against the Philippines since Erik Morales beat Manny Pacquiao in 2005.

The projected frontrunner coming into the competition, Miss Philippines managed to finish only fifth. Both Houses of Congress are reportedly conducting an inquiry to assess her overall presentation in aid of legislation.

After the pageant, reporters tried to interview Maria Venus Raj. The interview however had to be conducted inside the restroom because Venus, who was removing her makeup, wanted to “multitask.”

Interviewed on dzMM Teleradyo, Human Rights Commissioner Coco Quisumbing apologized to the press for her behavior during a press conference last Friday. She made the live apology while taking a shower.
——————–
“Thank you so much sir for that wonderful question. Good evening Ladies and Gentlemen! Good evening Las Vegas! You know what, sir, in my 22 years of existence I can say that there’s nothing major, major, I mean problem that I’ve done in my life because I’m very confident with my family, with the love that they are giving to me. So thank you so much that I’m here. Thank you, thank you so much!”
~Maria Venus Raj’s answer to William Baldwin’s question
2010 Miss Universe Q&A

LIGHT BITES
Question: Can you tell us one big mistake that you did in your life?

Pampanga Rep. Gloria Macapagal-Arroyo: “First of all thank you for that wonderful question noh? Good evening Ladiesh and Gentlemen! Magandang gabi Lubao! In my nine years ash preshident, I couldn’t think of a major, major, I mean, mishtake because I am confident, and my family loves me so much that’sh why I am here now in Congressh. Thank you Pampanga! Thank you so much!”

Local Media: “Mistake? Did you monitor last night’s blow-by-blow account of the hostage crisis seen live on TV by the suspect himself aboard the tourist bus? We refuse to consider it as a major, major mistake but… media kami eh. Powerful kami. Bakit? Kinontrol ba kami ng police last night? No! So, what mistake are you talking about?”

Personal
Major, major “Did he really say that” statements. Asked where he was during the hostage crisis, President Aquino: “Hindi ko naman kailangang ipublicize ang ginagawa ko?” Mr. President, we didn’t demand that you publicize what you where doing. But you could have at least given us a hint that you’re on top of the situation!

Center for Media Freedom and Responsibility: For journalists, what to do in a hostage situation