Back To School
Classes officially opened today, June 15. For newbies, it’s when they start to learn, experiment, meet new friends and enemies, get mocked and sometimes, bullied by more powerful people around them, and then evaluated with a pass or fail grade… exactly the same things that await our new president on June 30. 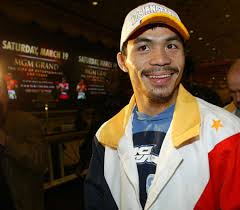 School and Pacman
Just a few hours after he arrived yesterday from Canada, Manny Pacquiao was present on Day 1 of his 10-day certificate course at the Development Academy of the Philippines. Rumors say though Pacquiao went home disappointed when he learned that sex education wouldn’t be part of the curriculum.

Something odd happened on Day 1 of Manny Pacquiao’s 10-day certificate course at the Development Academy of the Philippines in Pasig City. Pacquiao refused to leave the classroom… and waited for the final bell. 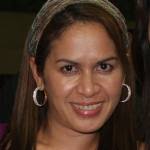 Lecturers at the Development Academy of the Philippines plan to orient Jinkee Pacquiao on the role of a Congressional spouse. Jinkee, who joined Pacman at the DAP yesterday, was reportedly shocked when lecturers informed her that wives of congressmen have other things to do aside from shopping.

Manny Pacquiao is returning to school after winning the congressional race in Sarangani Province. Meanwhile, his opponent, Roy Chiongbian is starting a career in boxing. 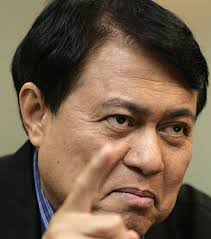 Net Worth
Based on his 2009 Statement of Assets and Liabilities, Sen. Manny Villar is still the richest senator with a net worth of 947.88 million pesos. That figure could have been higher if Villar didn’t try to buy the entire country during the campaign.

Noynoy’s Media Men
President-elect Noynoy Aquino has chosen ANC host and Inquirer columnist Manuel Quezon III as his spokesperson for inauguration-related news while award-winning journalist and ANC anchor Ramon ‘Ricky” Carandang will reportedly be part of Noynoy’s media group. There’s no truth to rumors though that ANC has replaced NBN4 as the official government station.

Noynoy’s Plea
President-elect Noynoy Aquino is trying to reconcile his allies who disagree because of politics. The other day, he called on Mar Roxas and Chiz Escudero to settle their differences. If Noynoy succeeds in uniting Mar and Chiz, he’ll then try to reconcile Korina and Kris.

Noynoy’s Inauguration
On June 30, President-elect Noynoy Aquino will take his oath before Associate Justice Conchita Carpio-Morales. The swearing in will take place at the Quirino Grandstand. On the same night, Korina Sanchez is expected to swear before Mar Roxas at the Araneta Center in Cubao.

The June 30 inauguration of the new president will include Noynoy Aquino’s traditional ride with outgoing president Gloria Arroyo. This early, Noynoy has been practicing, trying to perfect a jump from a speeding vehicle before it hits the grandstand’s concrete fence.

Noynoy’s Cabinet
President-elect Noynoy Aquino says the composition of his cabinet will be known this week. So far, nine have already said yes to his invitation to join his administration. They are Dinky Soliman (DSWD), Ding Deles (peace process), Jojo Ochoa (executive secretary), Edwin Lacierda (spokesman) and the five designers.

Jejomar or Jesse?
President-elect Noynoy Aquino is reportedly choosing between Vice President-elect Jejomar Binay and Naga City mayor Jesse Robredo for the DILG post. Binay has been vocal about his desire to take on the DILG portfolio but members of the civil society want Robredo. Since it’s a hell of a dilemma, Noynoy plans to consult Madam Auring. 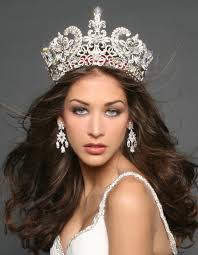 Miss U 2008 in RP
The 2008 Miss Universe from Venezuela, Dayana Mendoza, and now Smartmatic’s Ambassador for Transparency is in the country to personally congratulate Filipinos for the peaceful conduct of elections. Meanwhile, in totally unrelated news, outgoing senator Jamby Madrigal and outgoing Quezon City Rep Annie Susano have both retracted their accusations against Smartmatic and congratulated the IT group for a job well done.
————————
“If you think education is expensive, try ignorance.
~ Derek Curtis Bok 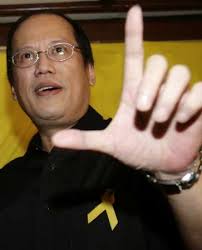 Briefly Noted
FM for Marcos. FVR for Ramos. PGMA for Gloria. And now PNoy for Aquino? WTF! Puwede ba, tigilan na ang pagpapauso ng kung anu-anong pagpapapogi. The campaign is over. He is the president now! Use PNA for President Noynoy Aquino. Besides, (and no offense) we don’t want Visayans to call him Penoy, do we? Sounds like infertile egg to me.

Elsewhere
UP Professor Solita Monsod (BusinessWorld): How to solve a problem like Jejomar Binay 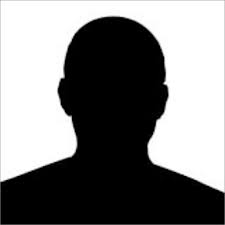 The Who
It happened during an out-of-town show. After the program, the cast and crew went swimming. Everyone had fun except for promising new actor who felt so uncomfortable because closet TV host (CTV) kept hitting on him. “Binakuran” – as one witness described it. Was CTV ‘successful?’ Sources say, na-ah. Bokya!

If you want to know the identity of the CTV, just ask Susan Sarandon and Helena Bonham Carter and they’ll surely respond in the affirmative. As for the promising actor, his name reminds us of one of the best presidents we never had.

99 thoughts on “GETTING READY”