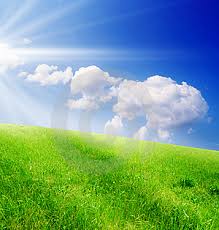 IT’S EASTER SUNDAY! Every Filipino Catholic is in a joyful mood… with the exception perhaps of PLDT Chairman Manuel V. Pangilinan!

It spread like wildfire on the Internet. According to reports, sections of PLDT Chairman Manuel V. Pangilinan’s commencement address to the sesquicentennial graduates of his alma mater, Ateneo De Manila University last March 26 and 27 were copied from speeches of celebrities like media mogul Oprah Winfrey, late-night host Conan O’Brien, ‘Harry Potter’ author J.K. Rowling and even US President Barack Obama. Members of the graduating class now understand why MVP, towards the latter part of his speech last week thanked AdMU president Fr. Bienvenido Nebres, the Class of 2010, their parents, the Ateneo community, and Google.

Manny Pangilinan admitted that portions of his graduation speech were “borrowed” from speeches of other celebrities. Of course, he would have bought them if they were up for sale.

A section of MVP’s commencement address to Ateneo graduates was copied from the speech of US President Barack Obama. Members of AdMU’s graduating class realized this when Pangilinan announced his plans of withdrawing troops from Iraq.

A portion of Manny Pangilinan’s commencement address to Ateneo graduates last month was copied from a speech of ‘Harry Potter’ author J.K. Rowling. Members of the graduating class realized this when MVP promised to raise funds for the Ateneo Blue Eagles Quidditch team.

One of the country’s most influential and powerful businessmen, PLDT and Smart Communications Chairman Manuel V. Pangilinan has apologized for copying sections of his graduation address from speeches of celebrities. Heaping praises on the businessman’s gesture, fellow Ateneans say it takes a lot of courage for someone like MVP to do such thing. You know, just as tough as what Ricky Martin did last week.

Manny Pangilinan admitted that portions of his graduation address in Ateneo last week were copied from speeches of celebrities. MVP subsequently apologized … as members of the Ateneo Board of Trustees held hands and sang “If We Hold On (Together).”

Immediately after graduation, members of the AdMU Class of 2010 have reportedly found jobs. Meanwhile, MVP’s speechwriter lost his.

And the No. 1 message left on Manny V. Pangilinan’s answering machine…

43 thoughts on “SOMETHING BORROWED, SOMETHING BLUE”