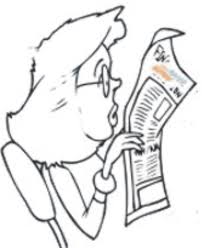 YOU’VE SEEN THEM debate on TV. You’ve heard them trade barbs on radio, and you’ve read about them online and in the papers. But really, how well do you know your favorite candidates? Are you monitoring their activities religiously? How updated are you with the goings-on in our country? Take this short quiz to find out.

3) What was the title of the Rico Blanco-penned composition allegedly used without permission by Gilbert Teodoro in his political advertisement?
A: Posible
B: Sorry Na, Pwede Ba
C: Nakaw na Sandali

4) “It is not Facebook that matters here; it is not your face that matters. It is the book of accounts.” Who said this line to whom?
A: Sen. Loren Legarda to Vicki Belo and Ellen Lising
B: Sen. Richard Gordon to Sen. Noynoy Aquino
C: Sen. Manny Villar to his wife Cynthia

6) According to defense lawyer Sigfrid Fortun, Maguindanao massacre principal suspect Andal Ampatuan Jr could speak neither English nor Filipino. Fortun insisted that Andal was conversant only in what language?
A: A mix of Yiddish and Basque
B: Maguindanaoan
C: F*ck Fortun! F*ck both of them! Liars!

8: Identify the three members of the Commission on Elections Second Division who junked the application for accreditation of the party-list group “Ang Ladlad” for allegedly “tolerating immorality.”
A: Larry, Curly, and Moe
B: Nicodemo Ferrer, Lucenito Tagle and Ellias Yusoph
C: Judas, Barrabas, and Hestas

9) In defending the poll body’s rejection of Ang Ladlad’s application for party-list accreditation, Comelec 2nd Division chairman Nicodemo Ferrer once said…
A: “They’re just not my type!”
B: “Gays are overly represented in Congress.”
C: “God knows Hudas not straight.”

10) Of the three Jun Lozadas shown here, who is running for senator?
A: 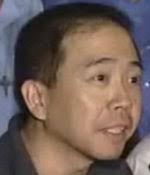 12) What moniker was coined by Gilbert Remulla to describe presidential candidate Jamby Madrigal whom he accused of originating “unsubstantiated allegations” and “false claims” against her adversaries?
A: “Kuryente Queen”
B: “King of Hurts”
C: “Jack of All Tirades”

[Answers are found at the end of the blog post.]

Survey Says
If Joseph Estrada decides to quit the race, who would benefit the most?
NOYNOY AQUINO 41%
GILBERT TEODORO 12%
MANNY VILLAR 48%