APOLOGIES for the delayed post. It’s the Holiday Season people. Everyone is preoccupied with something: doing some last minute shopping, attending Christmas parties, reuniting with old friends, etc.

These days, people in the metro have the same schedule: 5 hours in the office or malls, 4 hours in traffic. 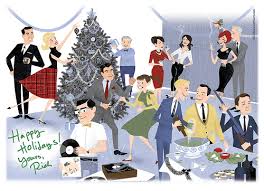 The Senate is holding a lavish Christmas celebration. Everyone is expected to attend… except for Chiz Escudero. The guy hates parties.

Guess who’ll be the busiest senator this Christmas! Who else but Loren Legarda. She’ll be hopping from party to party.

The Senate plans to recreate the Nativity Scene. Noynoy Aquino has been tapped to play the role of the Virgin. 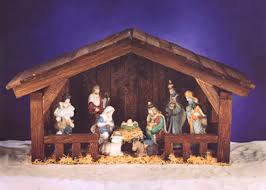 Sen. Manny Villar won’t play any part in the Nativity Scene but he volunteered to donate the house, the lot, and the manger.

For some reason, Senate President Juan Ponce Enrile has rejected suggestions to let Senators Jamby Madrigal, Bong Revilla, and Lito Lapid to play the role of the three wise men.

Sen. Mar Roxas has repeatedly expressed interest to play the role of Joseph. But getting no support from his colleagues, he withdrew.

Eighty-two year old senator Joker Arroyo refused to take part in the activity. But that was understandable since Methuselah was never a part of the Nativity Scene. 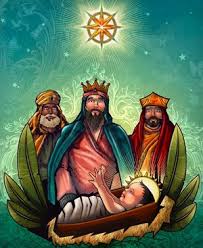 Not to be outdone, Malacañang is also recreating its own Nativity Scene. Virgilio Garcillano, Hermogenes Esperon, and Ronaldo Puno will portray the three kings. However, they are not expected to bring incense, gold, or myrrh. Instead, they will deliver… votes.

When Andal Ampatuan Jr. heard Malacañang’s plan, he sent a note to President Arroyo and volunteered his talent. He wanted to play the role of Herod so he could slaughter innocents.

The characters in the palace’s Nativity Scene were already complete when Mikey Arroyo angrily protested his exclusion. To pacify the presidential son, Malacañang people offered him a special but undemanding role. He’ll be the shit of a camel. 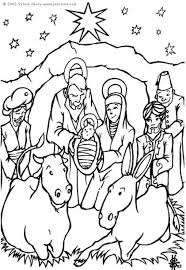 At the Lower House, congressmen couldn’t complete their own Nativity Scene. Nobody dared to play Jesus but everyone was qualified to play the role of an ass.

In Times Street, Sen. Noynoy Aquino has recreated his own Nativity Scene. His three wise men look dazed though because they’re following not just one but several stars. 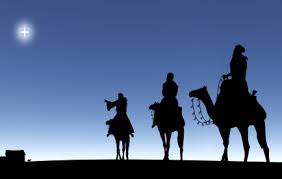 Just as confused are the Three Kings in Sen. Richard Gordon’s Bagumbayan Party’s Nativity Scene. The kings are having a hard time following the star because of several street signs that say: “Walang tawiran, nakamamatay.”

Back to Times Street, Noynoy Aquino had a difficult time finishing his Nativity Scene because Kris Aquino insisted on playing the role of the star.

In Polk Street, chaos marred the recreation of the Estradas’ Nativity Scene. Erap played the role of Joseph but everday, a different woman plays the role of Mary. 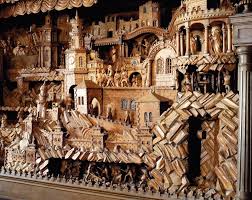 The Nativity Scene in Gilbert Teodoro‘s house was reportedly one of the most intricate, beautiful, and well-crafted recreations. Unfortunately, only 2 percent of his friends have seen it.

You can find all kinds of Christmas decors at the residence of environmentalist Nicanor Perlas except for the Nativity Scene. According to the Comelec, he doesn’t have the capability and the resources to create one. 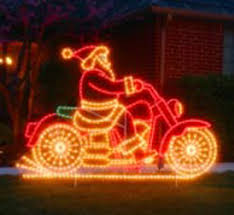 The Villars’ Laurel mansion in Shaw Blvd. boasts of the most expensive decors. There are two six-foot Christmas trees, two giant Santa Clauses, and two life-size Nativity Scenes. A recent survey showed that Villar has narrowed the gap between him and Noynoy so expect a double celebration this Christmas!

Bro. Eddie Villanueva’s own Nativity Scene tops them all. Surrounding the infant Jesus are 5 million sheep!

Finally, the Communist Party of the Philippines produced perhaps the oddest of all Nativity Scene re-creations. Their wise men are in Congress, the shepherds are in the Sierra Madre mountains, and their God is in the Netherlands!

In other news…
Manny Pacquiao, endorser of top brands like Nike, Rexona, and SMB now endorses presidential candidate Manny Villar. Mr. Sipag at Tiyaga is Pacquiao’s only endorsement that is currently No. 2 in the market.

This Just In! The Commission on Elections, particularly 2nd Division members Nicodemo Ferrer, Elias Yusoph and Lucenito Tagle have junked the proposal of 1st Division commissioners to put colorful Christmas decors in their office. Yusoph, Tagle, and Ferrer described the proposal as “so gay.”

69 thoughts on “CHRISTMAS AND POLITICS”