In a privilege speech Tuesday, Sen. Bong Revilla hit Dr. Hayden Kho for recording his kinky sexual encounters with actress Katrina Halili and several other women. People who have seen the videos say they were really shocked by the sexual acts – although they were more shocked to hear Bong Revilla lecturing Hayden Kho on morality.

Lawmakers, feminists, and even his colleagues in the medical profession slammed Dr. Hayden Kho for the spread of his explicit sex videos. But here’s the strange thing: Sen. Bong Revilla, in a privilege speech Tuesday castigated Hayden Kho for his alleged immoral act. Now that’s like Jose Miguel Arroyo criticizing Ferdinand Marcos for being corrupt.

Sen. Bong Revilla had written the Professional Regulation Commission to revoke the license of Dr. Hayden Kho saying his recent acts were insulting to women. In retaliation, Hayden’s parents wrote the Commission on Elections to do a recount of Revilla’s votes saying his victory was insulting to Filipinos.

After Sen. Bong Revilla’s privilege speech, other senators expressed interest on the issue, and even suggested that a probe be conducted on the “Hayden files”. Panfilo Lacson and Jamby Madrigal, in particular, wanted to know if there was “double insertion.”

The sizzling videos of Dr. Hayden Kho and Katrina Halili so outraged Sen. Bong Revilla he was compelled to bring the issue to the Senate. He was really angry. But if you think you’ve seen Bong at his angriest, wait ‘til he sees the video of Hayden Kho banging Rufa Mae Quinto.

This just in! A cause-oriented group promoting the welfare of senior citizens has begun to draft a statement against Hayden Kho. This is in preparation for the anticipated spread of the Hayden Kho-Vicki Belo sex videos.

Reports say militant group Gabriela will support Katrina Halili if she decides to file a case against Hayden Kho… prompting the celebrity doctor to issue statement clarifying that he’s not an American serviceman.

Vicki Belo was reportedly watching a newscast with a group of highend clients when a portion of Bong Revilla’s speech lambasting her beloved boy toy was shown. The utter humiliation melted her face.

Rumors say Katrina Halili and other women who had sex with Dr. Hayden Kho will surface to tell their side of the story. Yes, they are now ready, and are no longer afraid. To give you an idea how prepared they are, they all agreed to appear in a TV ad called “Ako Mismo… Ang Nasa Video!”

Have you seen the explicit videos of Hayden Kho with his victims? That was like the ghastliest thing Filipinos have ever seen… since the TV debut of Mar Roxas’ “Padyak” ads.

Remember when Jun Lozada was hailed by the UST community when he spoke against the ZTE-NBN deal? They trumpeted the values learned by Lozada from the priests of UST in full-page print ads. I’m wonderin’: was UST alum Hayden Kho absent when the priests taught the same set of values? 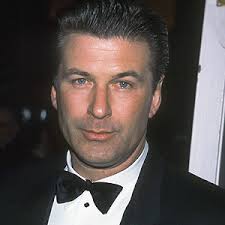 Even before he spoke about, and against Hayden Kho, Bong Revilla was already in the news slamming Emmy Award-winning actor Alec Baldwin for his alleged “racial slur” against Filipinas when he guested on the “Late Show with David Letterman.” Baldwin joked about Filipinas as mail-order-brides. Can you believe it? Neither do I. Bong Revilla watching Letterman?!? ‘Di nga?! 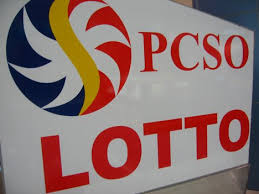 Nobody has won Super Lotto’s jackpot prize of 116 million pesos… although every lotto bettor who’s seen the Hayden-Katrina videos felt like a winner.

“Pornography is the attempt to insult sex, to do dirt on it.”