Hostage Freed
The government says there was no ransom paid to the Abu Sayyaf Group for the release of International Committee of the Red Cross (ICRC) volunteer Mary Jean Lacaba. Did you know what the terrorists sought instead? Blood donation for their wounded members.

In a phone-patched interview over a TV newscast minutes after Lacaba’s release, Philippine National Red Cross chairman Sen. Richard Gordon said he wanted to cry… but decided to “control” it when he realized he was just on the phone, not on camera.

ICRC volunteer Mary Jean Lacaba was held hostage by terrorists for 77 days. If she were an ABS-CBN reporter, Abu Sayyaf bandits would have been counting millions of pesos by Day 9.

By now you must be all familiar with Sulu Vice Governor Lady Ann Sahidulla – the mediator for the government who facilitated the release of Lacaba. Here’s the strange thing. Ms Vice Governor has access to the Abu Sayyaf lair. She’s been in and out of their hideout. She mingles with them. She talks to them. She negotiates with them. And she does it with so much ease. Is she an “honorary member?”

The Abu Sayyaf terrorists still holding two foreign hostages threatened on Friday night to execute their remaining captives. Infuriated, DILG Sec. Ronaldo Puno warned the bandits that if they execute the hostages, the military would execute the Vice Governor.

Sulu Vice Governor Lady Ann Sahidulla is in the news again following the release of Mary Jean Lacaba. She’s been in the news before, when Ces Drilon and her crew were kidnapped… which makes me wonder: does Sulu province even have a governor?

Just a random thought: if the First Gentleman would be doing what Sahidullah does, would he settle for a mere five percent? 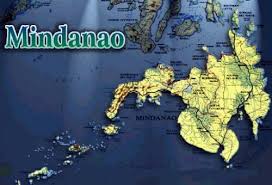 Travel Advisory
Canada is advising its citizens to avoid traveling to Mindanao. The Department of Foreign Affairs understood but subtly protested the advisory saying the Philippines is a perfectly safe place for foreign nationals… unless of course, your name is Chip Tsao.

Murder Charges vs. Ka Joma
I’m sure you’ve heard the news. Dutch prosecutors have dropped the criminal charges filed against CPP-NPA founder Jose Maria Sison in connection with the murder of his two former comrades turned critics Romulo Kintanar and Arturo Tabara. Dutch prosecutors decided to junk the charges because the murder weapon was never found – a remote control.

Briefly Noted
Have you seen Mar Roxas’ latest TV commercial where he was shown driving a pedicab? Oh I admire politicians. They never run of out of creative ways to redefine “kaplastikan.”

___________
“RANSOM, n. The purchase of that which neither belongs to the seller, nor can belong to the buyer. The most unprofitable of investments.”
~ Ambrose Bierce