Thirteen-Year-Old Dad
Of course you’ve heard about Alfie Patten, the 13-year-old British boy who became a father at age 13. Rumors say the CBCP is inviting him to the Philippines to become the Church’ spokesperson against the Reproductive Health Bill.

First, there was the octuplets mom. And now, we have this 13-year-old daddy. The Catholic Church is on a winning streak!

Have you heard the news? Great Britain has just officially declared recession. It’s economy is so bad little Alfie couldn’t even buy a condom!

Here’s a photo of 13-year-old Alfie Patten with his new baby Maisie. The girl in black is the baby’s mother Chantelle otherwise known in Great Britain as “Demi Moore.” 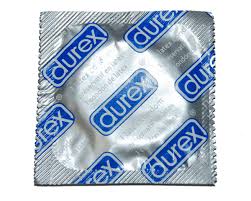 Retired Novaliches bishop Teodoro Bacani Jr. scored condom maker Durex for its publicity gimmick to recruit “condom testers” by offering them cash prizes. Bacani is angry at Durex because the first time he secretly joined the contest, no cash reward was given.

Chris Brown Apologizes
Following his arrest last week for assault and making a criminal threat, R&B singing sensation Chris Brown said he was “sorry and saddened” by what happened. Until now however, the identity of the alleged victim has not been made public… although political observers are certain he or she does not belong to the De La Paz family. Otherwise, a first hand account of the incident would have been circulated on the Internet. 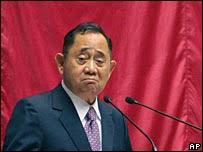 Senator JDV?
Former House Speaker Jose De Venecia said he would run for the Senate in 2010 if it would help propagate his “advocacy to fight corruption and poverty.” And that ladies and gentlemen is the funniest item in today’s blog post. No punchline needed.

Elsewhere…
Caught on tape: Woman misses flight at a Hong Kong airport, she goes into hysterics
_________
“It isn’t premarital sex if you have no intention of getting married.”
~Matt Barry

18 thoughts on “BECAUSE THE BABY IS NOW A DADDY”