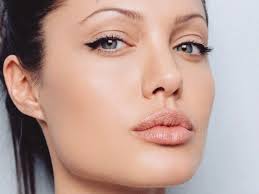 President Arroyo is back from her five-day visit to the United States but reports say without the “promised investments.” That’s because instead of “selling” the Philippine economy, she sold Miriam Defensor-Santiago.

The Bureau of Food and Drugs has banned at least 54 milk and milk-based products from mainland China, which the agency said, would be subject to testing for possible melamine contamination. The partial list includes Nestle ice cream, ice cream cones, chocolates, and even noodles. Sharon Cuneta described the ban as “unfairly cruel.”

UAAP Finals: A Postscript
The Ateneo Blue Eagles trounced the De La Salle Green Archers to win the UAAP men’s basketball title. After the heartbreaking loss, La Salle coach Franz Pumaren described Game 2 of the UAAP Finals as the “worst officiated” game ever. In another news dismissed by Pumaren as totally irrelevant, his kids have admitted that their dad loves to read them his favorite bedtime story of late: the Aesop fable “The Fox and the Grapes.”

Two “moderately strong” earthquakes rocked Metro Manila before noon yesterday. Phivolcs has refused to put the blame on actress Nadia Montenegro and Rose Flaminiano who reportedly squared off the exact time the tremors were felt.

16 thoughts on “DOING A JOLIE”